Football is Over. What Will You Do?

It is actually a phenomena, in this country, that depression increases after the Superbowl; and it’s not just the people who lost money. Let’s talk…… For the last 4-5 months every Sunday afternoon and Monday evening, plans were already made. My guess is that most of us did the usual bad diet/ alcoholic beverages/couch potato […]

The year and the decade are over. I’m sure that there were good times and bad times to either enjoy or overcome. There was illness, weight gain, arguments and celebrations. That is, after all, life. Let’s talk…. There are very few years, no matter how you simplify your life, that we don’t have stress, anger, […]

Degenerative disc disease sounds like a terrible thing when you read it on an MRI report. It’s actually not a disease and if we live long enough, it happens to all of us. Let’s talk…. In many of our previous blogs we have discussed the fact that very few people have a normal MRI. Review […]

How Much Exercise do You Really Need?

Boot camps, HIT, Yoga, running; So many exercises and so confusing as to what is the best for you. Some are extremely intense, and some are so minimal that they sound too good to be true. Let’s talk……… The current government recommendations for exercise in an adult are: 2 ½ hours of moderate intensity aerobic […]

So often we are told to rest an injury and of course it is human nature to avoid doing things that aggravate pain. Patients with arthritis often avoid doing exercise when their back, hips, knees or ankles are hurting. Although this may seem to make sense, it may actually be causing your arthritis symptoms more […]

So many different words are used to describe a neck injury, especially after an accident. An “acceleration-deceleration” motion to the neck, typically after a collision was almost always called a whiplash injury. This term, along with the diagnosis of Whiplash Associated Disorder (WAD), has been used less and less over the last few years. This […]

Depression and Illness: The Chicken or the Egg?

Last week we discussed the power of positive thinking and how it affects every part of your life. One of the biggest effects on your health is your mental status. Depression is considered one of the side-effects of chronic illness and chronic pain, but there is a chicken and egg effect. Lets talk…… It’s not […]

Does Your Life Improve With Positive Thoughts?

We all know those people who have terrible things happen to them…all the time. They are generally easily upset, worriers or just people who always expect the worst possible scenarios. These people tend to blame their negativity on the constant “bad luck” they experience and not the other way around. Let’s talk……. Many people will […]

Does Your Bicycle Hurt You?

Poor spinal health is common in cyclists and is often due to bad posture or injury. As in any sport, if you favor one side of your body or the other due to injury or poor posture, your back eventually takes the strain. Let’s talk…. Johnathan Edwards, MD. a practicing sports doctor and anesthesiologist in […]

A Normal MRI, Celebrating An Anomaly 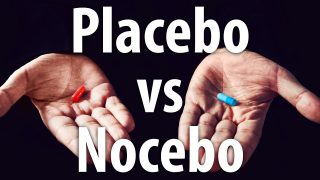 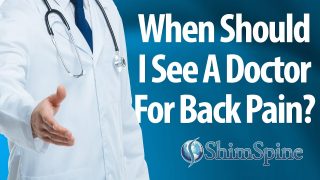 When to See a Doctor for Back Pain