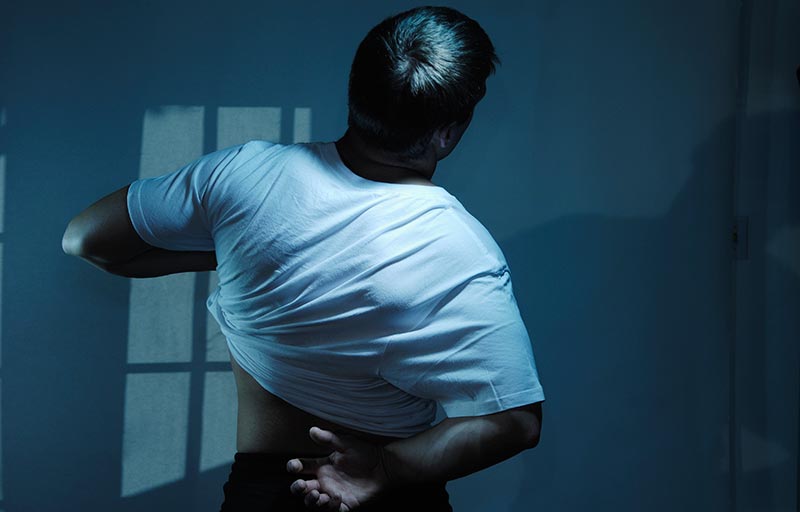 Insomnia and Back Pain

Do you struggle with getting a good night’s sleep? A recently published study from the University of Haifa in Israel concluded that those who do not sleep well are nearly one and a half times more likely to suffer from back pain. Historically, approximately 80% of the population will suffer from back pain at some point in their life. In a large majority of cases, there is no specific identifiable cause.

It is estimated that at least half of those who suffer with back pain complain of difficulty sleeping, or insomnia. In this case, insomnia is defied by difficulty falling asleep, maintaining sleep, wakening during the night or waking up earlier than normal for more than one month.

The study conducted by researchers, Dr. Maayan Agmon and Dr. Galit Armon was based over an 8 year time period and included over 2100 examinations. The patients in this study were all healthy, employed adults. Each of the patients came in for a routine physical health exam on three occasions during the study period. Back pain was diagnosed by examination, had to be present for at least 3 months, and was confirmed by interviews. The study controlled for confounding variables including socioeconomic status and lifestyle. Overall, those who suffered from back pain had nearly a 150% greater likelihood of having disrupted sleep. The association was even greater for women. While the results showed that insomnia was a predictor for the development of back pain, back pain was not found to be a predictor for insomnia in this study. There are additional studies in the medical literature showing the opposite association, that sleep is commonly disrupted due to chronic low back pain.

The reasons for this? Past research has shown that the quality of sleep may decline with age. There also can be a psychological component involved. Stress and worrying about insomnia may disrupt the sleep cycle even further. There appears to be a connection between pain, inflammation, and the immune system. A 2006 study of sleep deprivation showed an increase in inflammatory mediators that are involved in autoimmune diseases (Irwin M et al Archives of Internal Medicine 2006). Increased muscle tension may lead to back pain and without quality sleep to help the body “reset” itself, the body is unable to perform normal restorative functions. There are likely other biological and physiological reasons for this adverse association that remain unknown.