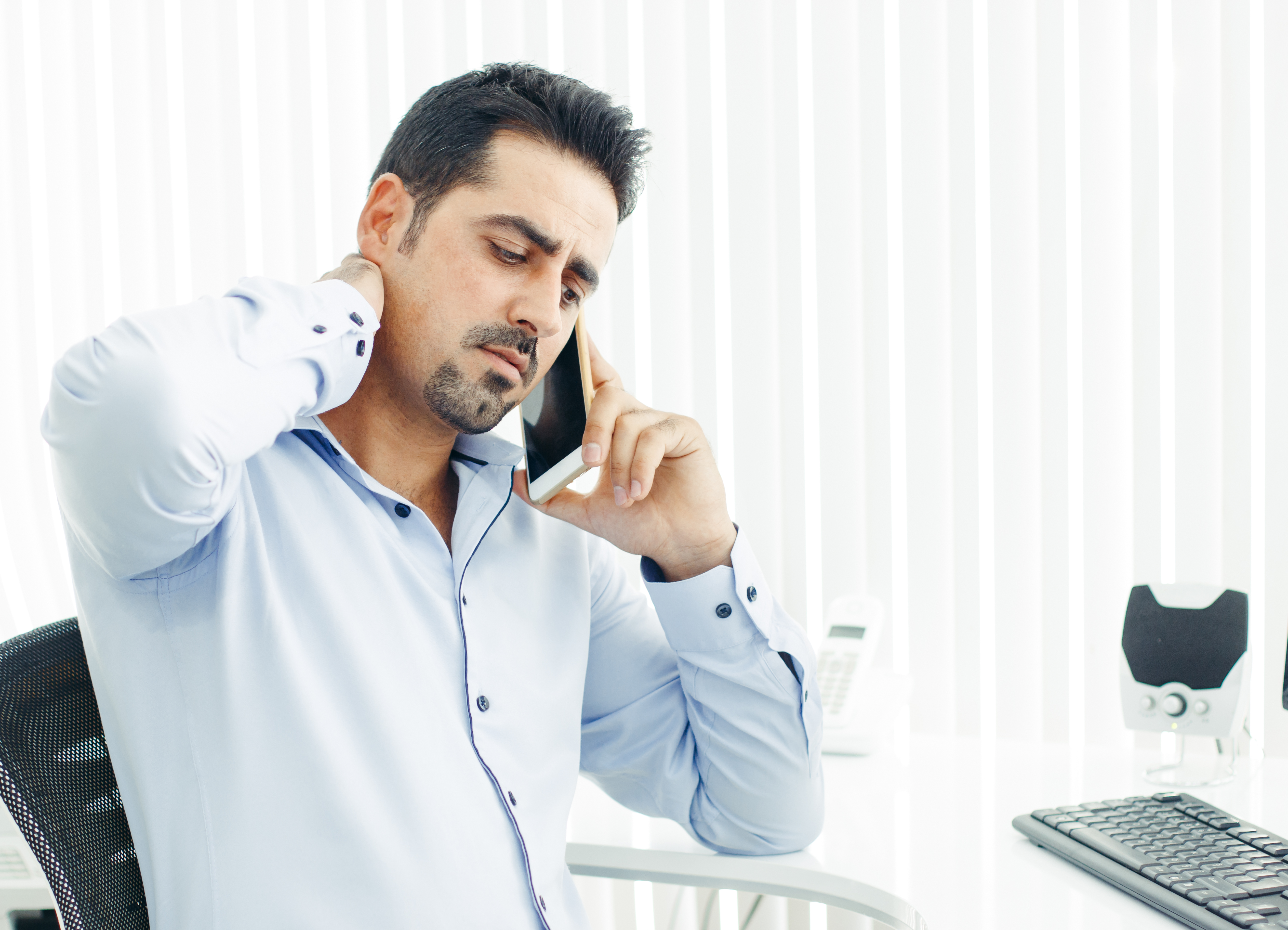 Pain in the Neck…From Using a Smartphone

In 2012, it was estimated that there were over 91 million smartphone users in the U.S., of which 89% reported using their phone throughout the day to text, read emails, browse the internet, play games, download apps, play music and engage in social media sites. These numbers continue to increase daily.

While the benefit of technology continues to expand our ability to communicate and network, it also has created another medical problem. The name “text neck” was coined by a chiropractor over 7 years ago from trying to explain the source of neck pain and headaches in a teenager. Since that time, this problem has become more widely recognized within the population.

Think about how you find most using their smartphones. Their head is bent downward (flexed) and shoulders rounded as they are focused on reading and typing. This can persist for hours. This places excessive stress on the muscles that support the head and neck. A recent study published by Dr. Kenneth Hansraj, a spine surgeon in New York, has shown that that flexing the head forward to focus on portable electronic devices such as a cell phone can place an extra 60 lbs. of pressure on your neck (Surgical Technology International 2014 Nov 25: 277-279). As the average human head weighs 10 – 12 lbs., pressure in the spine doubles for every inch the neck is flexed forward.

It is true that the younger generation spends the most time on smartphones, but complaints of neck pain has also been widely reported in those 50 and over. Since degeneration is already common in the mid and older crowds, the added insult of sitting with the neck flexed for extended periods does not help matters. This becomes an overuse, repetitive problem that may linger or remain permanently aggravated. The human neck was not designed to be flexed forward for long periods of time!

Many experts have chimed in on reducing the risk of developing neck pain from smartphone use. Dr. Dean Fishman who originally developed the “text neck” diagnosis has even developed a smartphone app toe remind users to avoid flexing their head forward for long durations. The main recommendations are to take frequent breaks from using electronic devices, focus on holding the phone or device up so that the neck stays in a neutral alignment, exercise regularly to strengthen the neck and upper back muscles, and always be cognizant of posture.