The sacroiliac joint is the joint which connects the hip bone with the iliac bone on either side of the lumbar spine. When there is inflammation of this joint it is called Sacroiliitis. Pain is usually worse after staying in one position for any length of time. Moderate movement is actually helpful.

Diseases that can cause sacroiliitis are psoriatic arthritis, spondylitis and reactive arthritis. A change in gait, trauma, post-operative fusions of the lower lumbar spine, laxity in the ligaments and muscles around the joint, obesity, and other inflammatory diseases in the body can also affect the sacroiliac joint. Sacroiliitis is often referred to as “low back pain” and is mistaken for spine pain because of its proximity to the spine.

Most people with sacroiliitis present with low back pain, usually worse on one side than the other, which often radiates into the buttock/leg on the affected side. This is when actually examining your patients is diagnostic, as most people suffering with sacroiliitis have exquisite tenderness over the joint and you can often reproduce the reported buttock and leg pain by pressing on the joint. Sacroiliitis is often mistaken for “failed back syndrome” or pain from the joints (facets) in the spine. This can be prevented by a physical exam and some diagnostic injections (lidocaine) around the joint or a spinal facet, in order to find the actual pain producer.

The treatment of sacroiliitis is very dependent on the cause, the basic health of the patient and the severity of the pain. Sometimes rest is enough, often physical therapy is valuable to strengthen the muscles and ligaments around the joint, making it more stable.

Treating the underlying cause is always the most important thing but ice and over the counter medicines like Ibuprofen and other anti-inflammatory drugs can be helpful. You can also use muscle relaxants like Flexeril for reducing muscle spasms at the affected area. Many physicians will also try a steroid injection in the sacroiliac joint under fluoroscopy (x-ray). This is to decrease the inflammatory effect on the joint and can often give relief fairly quickly.

If the cause of the pain is laxity in the ligaments and muscles, prolotherapy may be effective with some patients. This consists of injections of an irritant (usually Dextrose) into the area thereby increasing the inflammation and bringing healing cells to the area. The theory behind this is to increase the strength of the muscles and ligaments around the joint and thereby making it more stable. Surgery (fusion of the joint) remains controversial.

No matter how you treat it, sacroiliitis is a pain, for both you and your physician. Proper diagnosis, the most minimal effective treatment, and followup care such as physical therapy, including stretching and strengthening, can make it a temporary problem instead of something you have to tolerate for years to come. 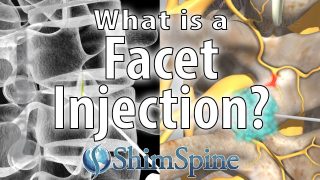 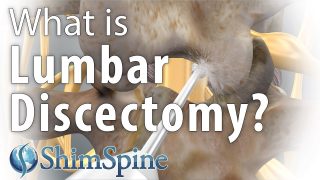