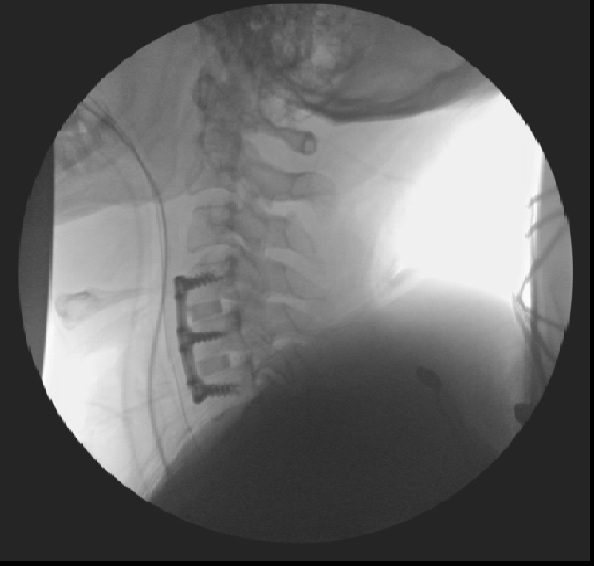 The results of Anterior Cervical Discectomy and Fusion are excellent.  I find it strange that I must defend the results,  but we are in a new era of information.  Some would call it mis-information.  If you spend time researching cervical discectomy surgery,  you now see a trend where certain entities are advertising the radical nature of neck fusion.  Other sites are promoting artificial disk replacements for the neck.  Be aware that the marketers for the various entities  have introduced their bias to the discussion.

Most spine surgeons will agree that Anterior Cervical Discectomy and Fusion surgery is  the most predictable surgery performed by our specialty.  For the typical patient,  they have had significant arm pain associated with a pinched nerve in the neck.  Despite reasonable conservative care,  the pain has persisted,  or worse,  the arm has developed progressive weakness.  An MRI or CT scan will demonstrate a cervical disk herniation in a level and position that correlates well with the arm nerve pattern (radiculopathy).  Ideally,  the nerves compressed are secondary to only  one or two disk levels.  The disk herniations are such that a posterior limited foraminotomy or discectomy would not adequately address the issue. For these patients (assuming there is no medical condition that precludes surgical intervention),  Anterior Cervical Discectomy and Fusion has been the traditional,  and most effective surgical option.

Statistically,  Anterior Cervical Discectomy and Fusion surgery (ACDF) has a predictable success rate of greater than 90%.   The procedure was first utilized in the 1950’s,  and the success rates have been consistent since that time.  Success is defined by a significant reduction of the pre-operative nerve irritation, as well as reductions of the associated neck pains and cervicogenic headaches.  For most patients,  by reducing the nerve compression,  over time,  most of the nerve impairment induced weakness to the arm will recover.

Today,  about 75% the patients do have the procedure performed as an outpatient procedure.  Most people can return back to a sedentary level of activity within a few weeks.  Heavy laborers can resume such activities within a few months.

The controversy is over the comparison of Anterior Cervical Discectomy and Fusion  with  Anterior Cervical Disectomy and Artificial Disk Replacement.    Being one of the investigators of  an artificial disk device,  I have had the opportunity to compare the results.  For the most part,  the success rates for both of the procedures were essentially the same.  Long term,  we still do not know if the artificial disk will protect the cervical spine from developing adjacent level disease, or degeneration.    And,  we must also understand the nature of these comparison studies.  Usually there is stricter criterion used on the study related patients.  As the physicians performing the procedure are under increased scrutiny,   there is more attention to details.  And yes,  usually these comparison trials are performed by higher volume centers.  As with most studies,  the results of the trials are often better than the results of the procedure used by the general public.    What  I can say is the artificial disk does seem to have some promise,  but it is still too early to definitely say it is better than the standard Anterior Cervical Discectomy and Fusion.  Long term,  I predict there will be advantages to using the artificial disks in specific patient populations.  But,  as of now, that specific patient population has not been determined.

As it stands,  Anterior Cervical Discectomy and Fusion has excellent results,  and it is still the gold standard for the situation described above.  So,  next time you see an advertisement about the radical nature of neck fusion,  or the significant advantages of artificial disk replacements of the neck,  understand you are seeing marketing bias,  without long term scientific information.