What is a High Intensity Zone?

In relationship to the spine,  it is a term that has been used on and off for the past 20 years.

Initially described by Drs’ April and Bogduk in 1992,  it is a  MRI finding  identified on a specific sequence called T2.  A High Intensity Zone (HIZ) is defined as an increased white signal in the margins of the disk annulus.   Dr.’s April and Bogduk  opined that it represented  an acute annular disruption, and thus a source of pain.  In the study (hyperlink above),  presence of this signal intensity was  associated with a painful grade 4 annular tear, and therefore, a reliable marker for back pain.

Armed with this information,  many physicians utilized this sign as an indication for potential spinal fusion surgery.  Unfortunately,  the increased surgical rates did not yield better clinical outcomes. In plain English,  this finding did not mean surgery would help.

In the December 2000 Article in Spine, by Dr. Carragee,  the author wanted to compare the results of discography in patients with and without the findings of these High Intensity Zones (HIZ). His study concluded the following:

This study was awarded the 2000 Volvo Award for Clinical Studies.  And,  this study may have identified why the clinical results of surgical management of HIZ lesions was less than predicted.

Since these early studies,  there have been numerous studies on this topic.  Some studies compared the “acuteness” of these findings.  These studies suggest a HIZ lesion cannot be used to determine the recentness of the findings.  In other words,  HIZ cannot determine if the findings just developed, or was there for several years.

Other studies have even disputed the clinically significance of discography itself.

Not to be an alarmist,  but recent studies suggest the act of discography on a normal disk  (control level) will cause that disk to degenerate at a faster rate that if it had never have the study.

With all these controversies at hand,  a prudent clinician needs to determine if the information is relevant to the individual patient.  The clinician must also weigh the risks of the diagnostic procedure versus the benefit of the information.

In patients that are considering spine surgery,  the great unknown is whether the findings on the studies are the true cause of the pain or dysfunction.  That is because there is such a high prevalence of these findings in asymptomatic people.   The surgeon,  along with the patient, and yes,  the payers of the procedure ( it is not always the patient) must determine if the information from tests  is causing the condition of the patient.   Everyone must assess the risks,  benefits and potential for a positive outcome.

And,  unfortunately, these rational decisions  must be formulated with a patient is in a lot of pain, with significant frustration, and fear of uncertainly. Sometimes,  the severity of the situation may sway the group to make a risky decision that may not be the best one.   In the end,  it will always come down to a calculated risk.  Better clinicians know when to take that risk, and for which circumstance.  Better clinicians weigh the information, both scientific and clinical, to make the best decision. 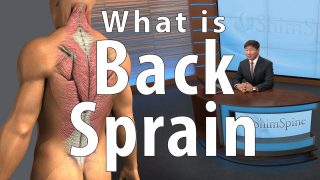 Why we have Back Sprains / Strains 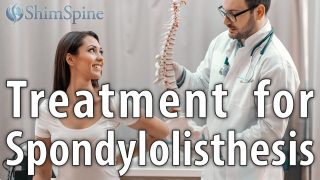