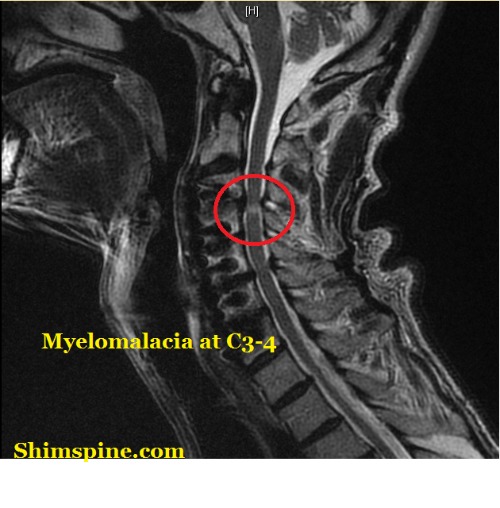 It is accepted knowledge that a positive Hoffmann response can also indicate the presence of Central Nervous System (Brain) abnormalities,  as well as the presence of MS,  or ALS.  People who have significant anxiety,  or Hyperthyroidism can also present with this sign.  The sign by itself,  can also be just a unusual finding in a normal person.  However,  traditionally,  the presence of the finding is of some concern.

In the April 1, 2015 Spine paper titled Hoffman Sign, by Grijalva etc al,  there is an excellent investigation on the significance of the finding.  The authors conclude “the sign has too low a positive value to be relied upon as a stand-alone physical examination finding” for predicting the presence of cervical spinal cord compression or brain pathology.

As a practicing Spine Surgeon,  I still rely on the sign,  as when it is positive,  and I have concerns about cervical myelopathy, the presence accelerated the likelihood of ordering diagnostic testing.

If the sign is not present,  I am less likely to order testing,  unless there are other manifestations of cervical myelopathy.