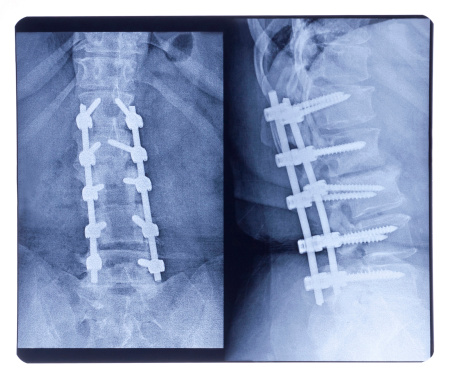 Your Chance of having spine surgery may depend on where you live.

As a practicing Spine Surgeon for more than 20 years,  I have had the great honor of witnessing tremendous changes in my field.  During my residency training in the late 1980’s,  spine surgery was about to begin a tremendous technology change. As we are now in 2015,  Newer,  safer,  faster diagnostic testing such as MRI’s,  water soluble myelogram dyes,  became mainstream.  Medications for nerve irritation came to market.  Traditional large surgical incisions are giving way to more targeted,  smaller,  incisions.  Despite all these changes,  the prime goals of spine surgery still remains the same.  If there is compression of a nerve or spinal cord,  the goal is to provide more room for that nerve.  If the spine segments move abnormally,  the surgical goal is to stabilize the movement or to restore the normal movement.

Because of the advance of technology,  and greater emphasis on clinical guidelines and protocols,   most would think that the rationale for surgery would also be the same amongst different surgeons,  and therefore the rates of surgery in any community would be similar.  Unfortunately,  that conclusion has been definitely proven wrong.

In 2014,  the Dartmouth Atlas of Healthcare  it says “This Dartmouth Atlas of Health Care series reports on unwarranted regional variation in the care of several conditions for which surgery is one important treatment option. Unwarranted variation is the differences in care that are not explained by patient needs or preferences.”     To translate this statement into everyday terms,  different medical communities have different rates of surgical procedure frequency.  The different rates is not explained purely based on medical needs.

The Atlas of Spinal Stenosis Surgery used Fee for Service Medicare recipient data for each community.  This is data available, and collected by the US Government,  and represents the numbers of spinal stenosis surgery procedures performed in a location amongst the medicare population.   Certainly there will be some variation in some of the health factors among the compared communities,  but in general,  it is the over 65 aged population,  with those who have renal failure or diasbility prior to age 65.

The variations in the frequency of the surgery was significant.

In the communities of  Bronx  NY,   Miami Florida,  and South Bend Indiana,  there was less than 35 surgeries per 100k.

In the communities of  Mason City Iowa, Tacoma Washington, and Bloomington Illinois,  the rate was around 200 surgeries per 100k.

In Bangor Maine,  the rate of inpatient lumbar spinal fusion was 9.2 per 100k Medicare recipients.

In Bradenton Florida,  the rate of the same fusions was 127.5 per 100k Medicare recipients.

There are many examples of different communities with significant differing rates of lumbar spinal stenosis fusion surgeries.  These large variations cannot be explained by the clinical needs of the patient.

Between the two dates, the rate of Spinal stenosis decompression only surgery was reduced by more than 50%

At the same time,  the rate of spinal fusion with decompression increased by 67%

2011 patients with spinal stenosis were much more likely to get a lumbar fusion along with a decompression procedure than in 2001.

Unfortunately,  despite the great utilization of spinal fusion operations,  there has not been any significant measurable clinical advantage (from a population standpoint)  from the addition surgical procedures.

The Spinal Stenosis Surgery Atlas demonstrates wide variation in the rates of surgery.  While the decision for surgery is an individual one made by the Patient and the Surgeon,  from a bird’s eye view,  they must be other reasons besides pure clinical indications that will explain this variety.   With all the concerns about the costs of healthcare,  and population health management,  this is yet another data set that suggests the need for a more integrated,  value centric approach to managing Government sponsored healthcare benefits.