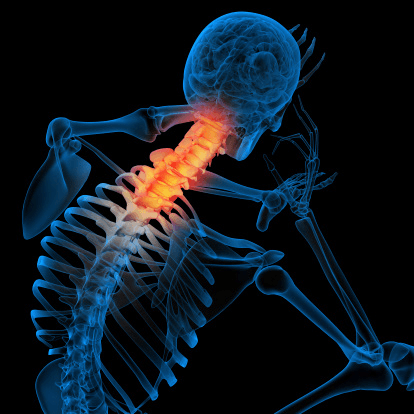 Unfortunately,  whiplash has automatic negative connotations to most people. I hope we can have a civil discussion about this very emotional,  personal, and at times, controversial topic.

Whiplash does have it orgins related to locomotion.  It was first described as an “acceleration-deceleration” motion to the neck  (Crowe, 1928) typically cause by a collision.    In the 1980’s  the complaints of neck pain,  spasms,  headaches were lumped together into a “Whiplash associated Disorder” (WAD),  and researchers have tried hard to define and predict the effects in various populations.

Most physcians agree that the whiplash movement has potential to cause injury.  If the forces are significant enough,  you can find evidence of bone fractures,  ligament tears, and disk herniations.  But,  the Whiplash Associated Disorder (WAD)  is usually associated with soft tissue injuries,  and not associated with any x-ray or MRI defined structural disruption.  And that is why it  is so difficult to get a handle on Whiplash  and its definition.

If in fact any of the more serious conditions exist,  then it is not a Whiplash injury,  but a more significant problem that will likely require more aggressive treatments such as bracing,  injections,  and even surgery.

But,  if the more serious situations are no longer a concern,  and the testing does not show any significant structural problems,  then the neck complaints with associated pain,  loss of motion, and sometimes headaches are considered a WAD.

And,  because the testing did not show any significant structural problems,  that information can be interpreted differently,  depending on your perspective.

As a treating physician,   my bias is to help the patient.  I will always believe the patient unless he or she gives me reason to no longer believe them.  Because there is no diagnostic evidence of injury,  physicians will rely on the patients complaints.  Often times,  this can lead to over treating of the problem.  Unfortunately,  many of the things we offer often do not improve the situation.  To give an example,  we do have an issue with narcotics dependency in this country.  No physician starts giving a patient with complaints of pain narcotics, with the intention of causing an addiction.  But,  we know that happens.  Likewise,  many physicians continue to order physical therapy, or chiropractic care for months,  even though there is no evidence of improvement of that patient with that treatment.  These treatments are potentially expensive,  but as long as someone else pays for the treatment,  patients will typically continue these ineffective treatments.  I guess the question that should be asked is why should anyone pay for ineffective treatment?  I know what some of you are thinking.  But,  let’s pretend there is no monetary gain for the physician that is ordering the treatments.  The question is still a legitimate one.  Why should anyone pay for ineffective treatment?  But,  fortunately,  most do improve their WAD.  It is debated which treatments are really effective.  From my perspective,  use of stretches,  NSAIDS,  mild muscle relaxers, and a combination of PT/DC treatments for up to 3-4 months is reasonable.    Beyond that,  I find it difficult to prove the costs of those measures are worth it.  I am sure many will disagree with that statement,  and I hope they share their justification in a civilized manner.

But as stated above,   the vast majority do improve.  There has been plenty of studies showing factors other than just the physical injury is the cause of prolonged treatment and work absence.  If those factors are apparent,  should they not be eliminated?  Which brings us back to the academic research on the topic.

In 200o,  in the New England Journal of Medicine,  this article was Published:

I know the article was published in 2000.  I know the study was from Saskatchewan, Canada.  But,  the results are fascinating.  As most of you know,  Canada has a national health plan, so there is equal access to healthcare.  Because of skyrocketing tort costs,  the Province of Saskatchewan decided to make auto accidents No-Fault.  There is increased coverage for medical care,  and lost wages (up to $50k/year),  but there would be no awards for pain and suffering.  After inactment of the new No-Fault status,  there was a signficant decrease in the incidence of WAD, and improved prognosis.

What I concluded from the study,  is confirmation of what I already knew.  People do get injured,  but over time they do improve.  A small subset of patients will still complain of pain,  but the vast majority do recover.

Since that time,  there have been multiple other studies indicating the pain and disability associated with soft tissue complaints  is often secondary to issues other that physical injury.  Other studies identify inability of the injured to recall similar complaints or associated complaints in the past.  In fact Dr’s Don and Carragee had a 2008 Outstanding Paper Award on this very topic.  Still,  other studies do indicate a pre-existing degenerative condition does not cause a minor traumatic incident to become a serious back illness.

As a practicing spine surgeon.  I believe my patients, when they say they have presistent pain after an accident.  But,  it is often difficult to prove why someone still has pain,  and if the pain is permanent,  especially when there is absence of structural findings.  Unfortunately,  we do not have a mechanism to truly measure pain.  And,  we still often cannot find any objective findings on physical examination that can confirm that the pain is present,  and the pain is permanent.

So we are left with this scenario.  As stated in the first line,  whiplash has bad connotations.  Society will think of whiplash as the guy who wears a neck brace immediately after an accident, and trys to draw sympathy or worse.  Society thinks he was the young school kid who always had home work eaten by his dog,  or was always late because of something,  or never could pay back the owed money.  I know,  bad connotations.  Again,  please be civilized in voicing your disagreement to me.

But,  that is why,  in my practice,  I rarely use the term whiplash.  I instead will say the person had a neck sprain/strain.  I would also characterize it as a soft tissue injury.  And,  if I believe the injury is permanent,  I would argue the person had a significant complaint of pain,  immediately after the accident,  with signficant restriction of motion, and documented spasm,  with a consistency of the complaint with documented findings for over a 6-8 month period.  In my practice,  that situation is a rarity.  But,  when it happens,  I too will argue it is permanent,  even though I have no other supporting data other than those complaints.